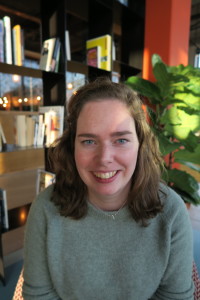 My name is Iris Tigchelaar and I am from the Netherlands. In Groningen I obtained a bachelor’s degree in Psychology and a master’s degree in Clinical Neuropsychology. My master thesis was about the relation between hazard perception and fitness to drive in older drivers with mild cognitive impairment or dementia. I wrote this thesis during my nine months’ internship at the FitCI project (Fitness to drive with Cognitive Impairment) at a nursing home in Winschoten. Here I performed several neuropsychological tests on paper and on a computer, performed elementary simple eye tests and supervised patients with dementia or Mild Cognitive Impairment while they drove in the driving simulator. After this I worked as a study coordinator at the University Medical Centre Groningen on a study about physical fitness and activity in cardiac surgery patients in relation to post operative cognitive decline and perioperative morbidity.

I am interested in research on older people, neurodegenerative disease, neurobiology and perception. In November 2016 I started my PhD project at Ocuspecto in Turku, Finland.

In this project I am using Ocusweep measurements of neurovisual function to measure the fitness to drive of glaucoma patients and people with a mild cognitive impairment. The goal of measuring fitness to drive is to exclude unsafe drivers from participation in traffic, while individuals who have sufficient capabilities for driving a car do not unnecessarily lose their driver’s license. Fitness to drive in older people is an essential part in identifying crash-prone older drivers.

In the current study, Ocusweep’s neurovisual measurements will be compared to validated measures of cognition. A neuropsychological test battery has been composed with tests that aim to measure cognitive domains that are important for driving, such as attention capabilities and executive functioning. The tests that are selected are commonly used in literature concerning fitness to drive and will be compared to Ocusweep’s measures of neurovision, including visual acuity, contrast sensitivity, visual field tests (Reaction Time Perimetry (RTP) and Standard Automated Perimetry (SAP)) and several measures of saccades.

The aim of the project is to refine Ocusweep’s tests to the level that it can be used to screen for fitness to drive in an efficient and cost-effective way, even among subjects not capable of doing current automatic visual field test.